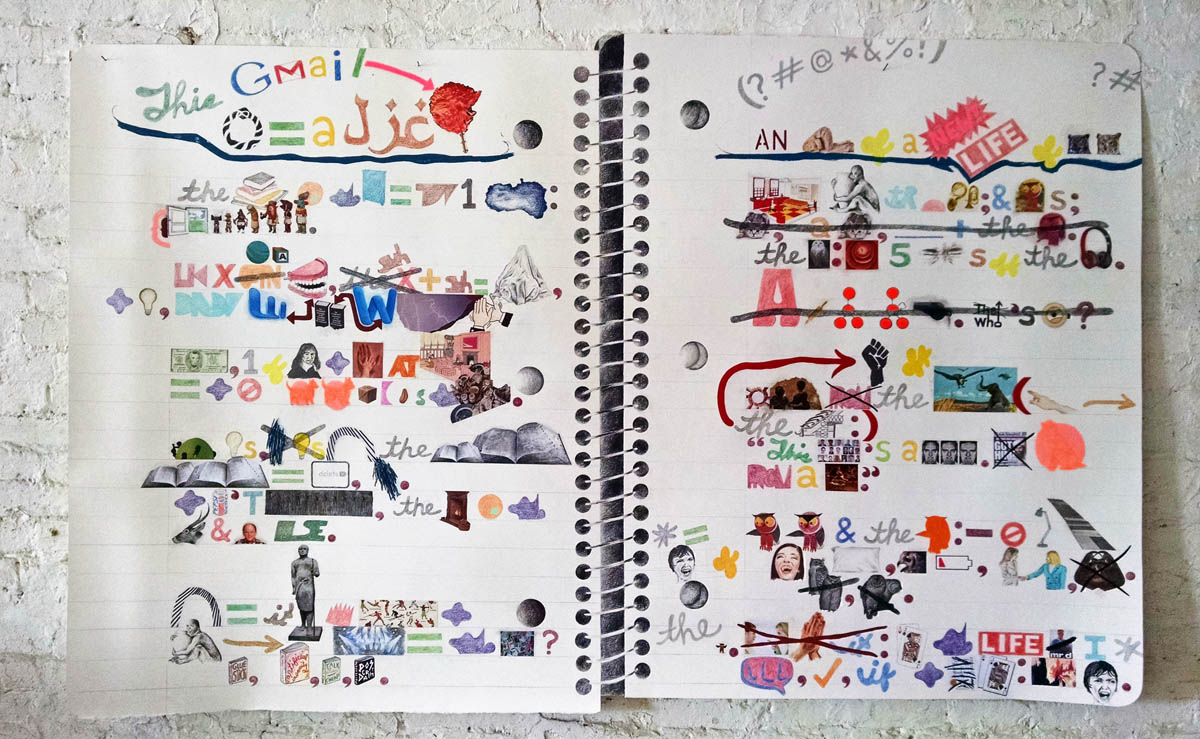 Becky Brown was born in Manhattan, moved to Brooklyn and currently lives in the Bronx. She works between painting, drawing, sculpture and installation using found images, objects and texts. Diverse materials inform her practice, including pre-modern poetic forms, discarded appliances, architectural theory and current photo-journalism. Her recent two-person exhibition “Cognition-Stroll” at Project: ARTspace (NYC) featured a collaboratively-designed wallpaper, a publication on universal language and the panel discussion “Collage City” bringing together one artist, one experimental radio DJ and one urban planner.  Her solo installation “No, said the Fruit Bowl” in the kitchen of an abandoned 19th century house on Governors Island (NYC), was described by Ken Johnson in his New York Times review as “machines vomiting as if in a bulimic’s nightmare.” Her work has been exhibited nationally and internationally at venues including The Drawing Center, NYC; NARS Foundation, Brooklyn, NY; Fort Gondo Complex for the Arts, St. Louis, MO; and Religare Arts Initiative, Delhi, India. She has been an artist-in-residence at Yaddo, Saltonstall Foundation and the Edward Albee Foundation, among others. Her art criticism has been published in Art in America and The Brooklyn Rail. She was the 2016-17 Visiting Resident Artist at the University of North Carolina, Chapel Hill and received her MFA from Hunter College and her BA from Brown University.  She currently teaches at Parsons School of Design in New York City.