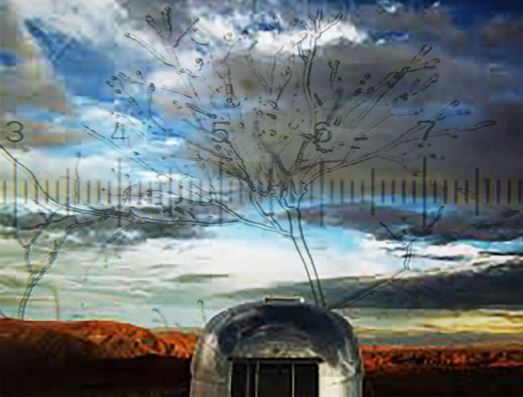 “The life cycle of fungi inspired the grand metaphor I reach towards in this series. Every individual has dreams and desired, but they can’t reach those alone. However, just like fungi spores, if they collaborate in a collective interest by forming a network and pooling resources, they’ll reach a greater capacity to produce this fruiting body of change. The main character in the series embraces the challenges to engage the community in a shared purpose of ecological restoration. Her idealist vision (and perhaps mine too): diverse fungi and microbial communities will heal nature and as a result the community may heal itself.”

Emily’s genre-fluid work spans fiction, documentary and interactive series. It’s been recognized by institutions like New York Times, Smithsonian, Spain’s Goya’s, NBC Talent, ITVS, Tribeca Film Institute, EWA, Athena Labs and many international arts councils, residencies and film festivals. Previous films include SANDORKRAUT, about ‘fermentation fetishist’ Sandor Katz; THE NEVER BELL a magical-realist film with hand-crafted puppets and her lyrical feature SONG OF THE BASQUES. She produced KARLA’S ARRIVAL, short-listed for Spain’s Academy Awards and directed NBC’s Comedy Showcase.  Her newest shorts, a feminist futurist film THE CLOCK and BIRDIE a caper-comedy set in Mexico will premier this summer. Her first feature script, ALL THAT FOLLOWS, a thriller set in the Basque Country, won Oaxaca Film Festival and is in development with Mexico and The Basque Country; Emily’s attached to direct. Her next feature script MIDLAND set on Staten Island won Stowe Story Labs fellowship and Nashville Film script competition. It’s been optioned by and is currently in development with Fire Glory Pictures again with Emily attached to direct. She received Tribeca’s Sloan prize for INVISIBLE ISLANDS. Studies in Literature, Fine Arts and Music at Amherst College initially sparked her interest in Film. She earned her Masters at the Courtauld Institute of Art in London and then began as a cinematographer and production-designer in Europe. Emily’s partnerships coordinator for Film Fatales, plays cello, speaks Spanish, French and Basque, and is an elite triathlete and long-distance runner.

During her North Street residency, Emily will further develop and write the first and second seasons of her neo-noir series, Invisible Islands.